AESA Prep Academy, our flagship campus, was founded in 2009 in Austin, Texas by Rick and Barbara Garza.

The Garzas raised their twin boys playing tennis, and when Michael and Adrian grew to be teenagers, they became very passionate about the sport. They began training intensively, often spending five or more hours per day on the court and in the gym.

They started traveling for tournaments around Texas, out of state, and even internationally. Despite the fact that the boys were always straight A students, their demanding tennis schedule made it hard to keep up with school.

The Garzas faced a predicament. On the one hand they wanted to support Michael and Adrian’s passion for tennis. On the other hand, they wanted them to get a solid education that would prepare them for university. This second part was non-negotiable.

Barbara, who has worked in education for decades, searched for schools that could offer two things at the same time: flexibility so her sons could keep playing tennis, and quality academics so they would be prepared for university. When she couldn’t find what they were looking for, she decided to found AESA.

Barbara, a veteran educator, achieved her goals by keeping classes very small on purpose. This “small-by-design” pedagogical model allows teachers to provide students with individualized attention and support. It is key to achieving our mission because even the best teachers are unable to provide the same level of support that we do when they have 20 to 30 students in a single classroom. This model is great for elite student athletes, but also performing artists, and gifted scholars. It allows teachers to adapt to individual student needs to ensure greater academic success. It is important to note that we are not just a school for athletes. We are a school for everyone.

By 2015, AESA had already built a solid reputation in the Texas K12 Education community. Through the tennis world, the Garzas met some people from Barcelona who loved the idea of AESA. They encouraged them to come to Barcelona and open a campus there. The Garzas jumped at the opportunity and sent Mr. Kyle Overby to Spain to explore further. First, Kyle would help launch an online school for AESA, called AESA Prep International. In 2016, he started a blended learning program for international athletes who come to Barcelona to train in their various sports. This would develop significantly over the years until it was officially recognized as AESA Prep Academy of Barcelona in June 2020. 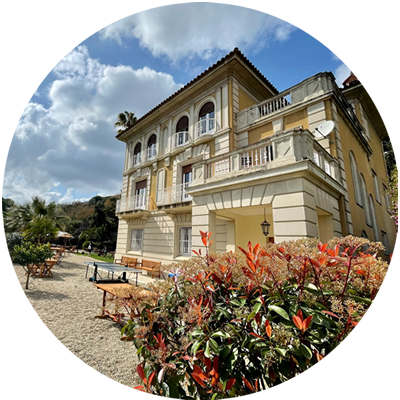 Today, the three AESA schools are proudly serving students all around the globe. They remain united by the same educational philosophy: that students should not have to choose between getting a good education and pursuing their passion. With AESA they can have both. Our classes are small, and our community is tight-knit. You will continue to watch us grow around the world, but we will always remain true to these core aspects of our identity. We encourage you to join us and become part of the AESA family.