The faculty and staff at AESA Prep Academy of Barcelona are dedicated educators who are experts in their respective fields. They come from diverse backgrounds and many different countries, which contributes to the multicultural learning environment that AESA carefully cultivates. 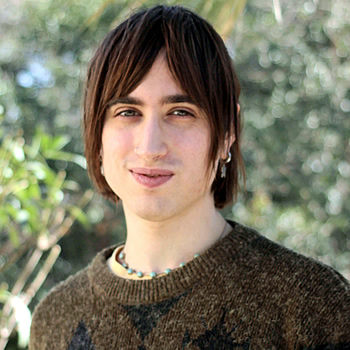 Ale started teaching Mathematics to his classmates when he was in high school and has been ever since interested in new ways of approaching Maths to students through multiple perspectives and exploring new ways of applying them to their personal projects. Ale’s passions are playing the piano and painting.

His goal is to guide students through complexity, from different types of infinity to transcendental numbers, helping them reach the power and beauty of Maths. 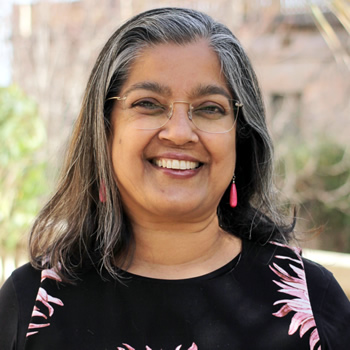 Anuradha is a scientist by training with a doctorate in Chemistry and a teacher and performer by experience. She was born in India, lived in Boston, MA, USA for 30 years, and permanently settled in Barcelona, Spain in 2006.

Past experiences also include being a dancer and manager of a contemporary Indian dance company for 20 years, creating, guiding, executing a cultural awareness undergraduate course for Teacher’s Education majors in Barcelona, and designing a month-long cultural immersion and volunteer program for Spanish teenagers in India.

Anuradha had never consciously thought about effective teaching as an art form, until she actually re-designed the presentation skills course at a business school in London almost a decade ago. She continues to discuss certain acting techniques with her current University of Barcelona master’s students who are training to be teachers of English in Catalan schools as to how these can be adapted to augment their inherent teaching skills and strengths.

She brings her experiences and lifelong passion about teaching in general and teaching science and mathematics, in particular, to the AESA Prep International students. 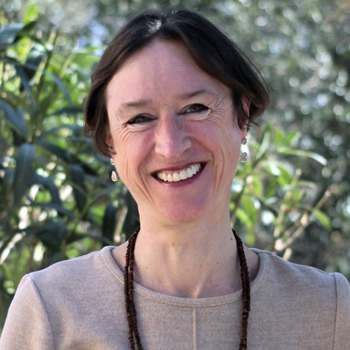 Dr. Chloé de Balthasar is from the French part of Switzerland. She earned her doctorate in Physics at the University of Geneva in 2002. Shortly thereafter, she moved to Los Angeles, California where she worked for three years as a biomedical engineer at the Alfred Mann Foundation developing implantable neurostimulators. She feels her time in the US broadened her horizons. She went back to Switzerland and joined a neuroscience team as a research associate.  In 2010, she moved to Barcelona with her husband and two daughters. There, she took a new professional path. Chloé is a polyglot, and so she could seamlessly start to give science and math classes to high-school students, in 2016 and joined AESA as a science and Math teacher. Since 2019, she is the Academic Director of the Barcelona campus.

In her free time, Dr. de Balthasar enjoys reading, taking walks with her family and swimming. She also loves travelling. Some of her most memorable trips have been to Morocco and Egypt. She is proud of the fact that she went to India, before Coca-Cola was introduced. She has even had the opportunity  to visit Syria when it was still intact.  She is a huge fan of music and dance and finds time to take ballet lessons. 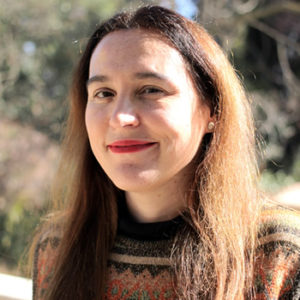 Cristina is originally from Barcelona, but  has lived in different cities such as Madrid, Nuremberg and Stuttgart. She has always loved multicultural environments.

She studied Economics at the University of Barcelona and  has worked in a German company in Nuremberg. After this great experience, she studied Psychology and has a master’s degree in Clinical and Health Psychology from the Uviveritat Oberta de Catalunya. She began working with children in early diagnosis and with teenagers in different behavior problems.

Six years ago she decided to start teaching and become part of the team at AESA Prep Academy of Barcelona, which has turned out to be a wonderful adventure. 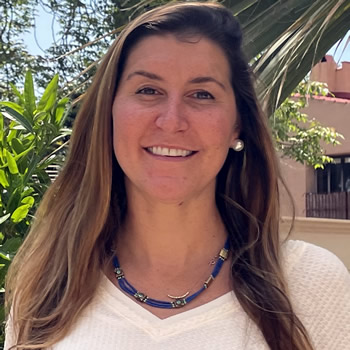 Jacqueline Lucas is from Boston, Massachusetts where she graduated from Boston Latin School (Ben Franklin was also a student here!). She went on to attend the University of Massachusetts Amherst. She graduated in 2012 with a Bachelor’s degree in English. Subsequently, she moved to Barcelona to teach English. After a year and half in Spain, Jacqueline moved home to Boston to pursue a teaching career. She first became licensed in teaching ESL as she realized in Spain that this was the area of teaching she was most passionate about. She worked in Boston Public Schools first as a substitute teacher, then a paraprofessional, then a classroom teacher for elementary school children. She also ran a morning exercise program that was designed to stimulate students’ bodies before they committed their minds to learning. This gave her a deep understanding of the value of the relationship between sports and academics for learners. While teaching full time in Boston, she received a Master’s in Education from the University of Fitchburg. Also, during this period, she was running an afterschool program for English Language Learners who needed a more fundamental understanding of the language to be successful in the classroom. In 2018, she moved, again, to her beloved city of Barcelona and she proudly joined the AESA team in 2019 where she serves as the Academic Coordinator as well as teaching Social Studies. 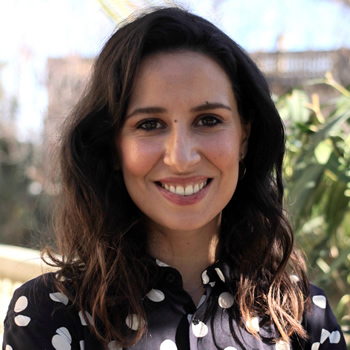 Joana is originally from Porto, Portugal. While still very proud of her hometown, she was always fascinated by different cultures and felt destined to live in another country. In 2012 she moved to Barcelona looking for a multicultural environment and a little international adventure. Barcelona won her heart and through the years she has had the opportunity to explore the city profoundly and make it her second home.

In Barcelona, she has followed an array of professional paths. She spent several years working in sales at a multinational firm. She also managed the production and execution of large-scale events. Most recently she worked as a business coach for women in Tech, helping her clients develop mindset strategies for success. She is delighted to be a part of the AESA International School System because she shares so many personal values and beliefs with the organization.

Joana has a master’s degree in Clinical and Health Psychology from Universidade da MAIA in Portugal. She is passionate about self-development and very curious about the human mind. When she is not at work you might find her eating delicious Mediterranean meals, doing yoga, meditating, singing, dancing like nobody’s watching, hiking, and petting her cat, Vasco da Gama. She loves cats! 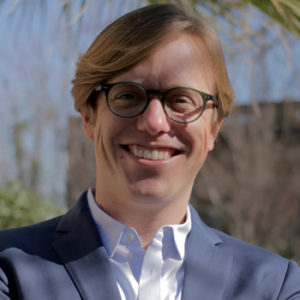 Kyle was born and raised in Austin, Texas, where he earned his bachelor’s degree from St. Edward’s University in 2009 in Global Studies with a regional focus on Latin America. Upon graduation, he spent a year exploring Latin America, from the deserts of northern Mexico to the ice-capped peaks of Patagonia and everything in between. He joined AESA in 2011 to teach students about Latin American cultures and the Spanish language. In 2014 he earned his master’s degree in Global Policy Studies from the LBJ School at the University of Texas. Through international studies, work, and travel Kyle has cultivated a global perspective. He has studied and conducted research in Panama, Spain, Bahrain, the Philippines and Japan. He has lived and worked in Central America, North Africa, Europe and the Middle East. He is driven by a passion to see the world and has traveled to more countries than he can remember.

In his personal life, Kyle serves on the Board of Directors at the Mother Maryam Foundation, where he works on projects that expand access to clean water, healthcare, and education (primarily) in the Nubian region of Sudan. In his free time, Kyle enjoys skiing, good food, live music, and stand-up comedy. 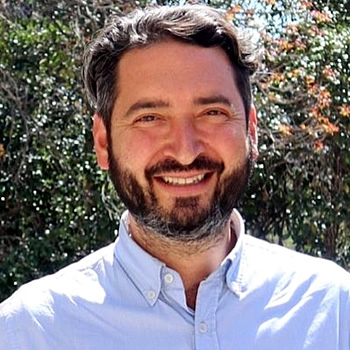 Luke Meginsky, born and raised in Springfield, Massachusetts (not a ‘Simpson’), is a New York State certified teacher with 20 years of experience teaching in the USA, Italy, China, and Spain.  Luke has a passion for teaching literature, shared equally with a passion for public speaking, debate, foreign languages, and the dramatic arts. Luke has worked as a classroom teacher, language support staff, tutor, and English literature teacher.

Outside of class, Luke enjoys travelling, improv and stand-up comedy, live music, and theater.  Luke always tries to make his lessons fun by combining his enthusiasm for the performing arts with that of the written word, helping to organize poetry events, talent shows, and spirit days at AESA Prep Academy of Barcelona. 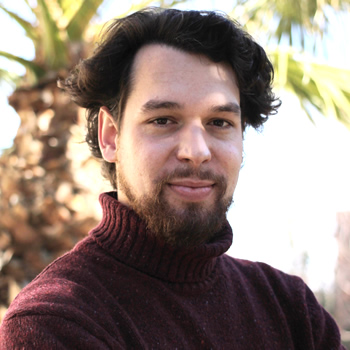 His passion for traveling has led him to live and work as a Spanish teacher and editor in several countries: Paris, Prague, Saint Petersburg, Mexico, Riga, Buenos Aires, and Barcelona. He has given lectures on Spanish culture, has edited specific Spanish courses for schools and has coordinated the press workshop for Senecanos magazine. He also collaborated with the Publishing House Difusión in the books “Campus Sur” and “Lola y Leo”.

His passion, in addition to traveling, is reading and writing. He is a specialist in Latin American literature. His favorite writers are Marios Vargas Llosa, Leila Guerriero and Ricardo Piglia. He is writing a novel and a film script.

He is currently the Head of the foreign languages department at Aesa, where he edits Spanish and literature courses and coordinates students online. 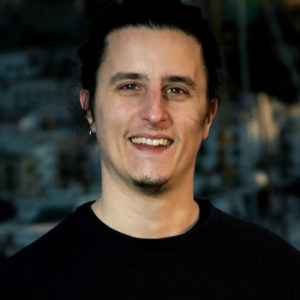 Vince Marí Rubio is a Spaniard born in the heart of Ibiza. After graduating as a chef and working in some of the finest restaurants in the island, he came to Barcelona moved by his food passion  to study Nutrition. He has been working as a private consultant nutritionist for over 5 years. Our colleague Kyle convinced Vince to join our team at AESA Barcelona as a teacher in Health and Nutrition, where he discovered a new passion for education.

Vince is a sport and healthy-living enthusiast, and, obviously, a foodie. He is also a musician and right now he is living in the countryside starting a farm-based project!